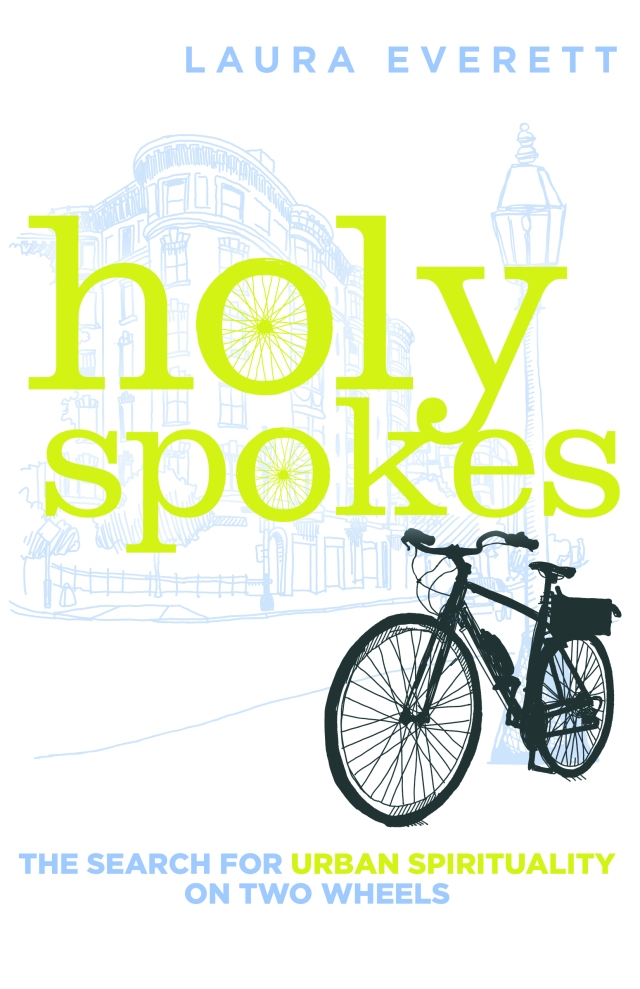 Most spirituality writing finds the Holy in green pastures or beside still waters.

But most people live in cities.

“Holy Spokes: The Search for Urban Spirituality on Two Wheels” is my attempt to articulate how cities shape us as spiritual people.

After my car died, I learned to ride a bicycle as my primary mode of transit. Little did I know that riding my bicycle everyday through Boston’s intense seasons would teach me to see all of my city. It turns out its much easier to “love thy neighbor” when you actually see your neighbor. By bike, I became a Bostonian.

Second, I hope traditionally religious folks can see the deep spiritual and religious lives of people outside our doors and beyond the usual religious communities. It’s super-easy to disparage the spiritually curious as indecisive or non-committal. What I’ve found instead is a robust spirituality. Maybe we religious people have something we could learn from the discipline of practical cyclists.

Finally, this book is a hymn of praise to cities. I’m convinced God has a preferential option for the urban. In cities, we learn to live together.  And for those of us who claim the name of Christians, our story starts in a garden, but ends in a city.

The book is structured around the parts of the bicycle, a chapter on each. Each chapter also explores a distinctly urban spiritual discipline. I promise, you don’t have to be a spandex-clad roadie to read this book. In fact, it’s not written for that audience at all, but for those of us practical cyclists who bike to get around and those who are thinking maybe they could.

Holy Spokes is published by Eerdman’s Publishing, in print in April 2017.  You can order it here and here with Amazon.  Audio Book available here with Audible. And for extra-credit, you can purchase it through my neighborhood bookstore, Papercuts.

Check out this brief preview with Publisher’s Weekly.